I was told in follow-up that I’d be having some of the staples removed today, but things looked so good that all of them were removed!

In a few days, the remaining stitches will also be removed.

In WordPress , it’s not so much the CMS or PHP that’s usually the problem but most frequently plugins.

So whenever one can get rid of a plugin, it’s always a cause for celebration.

Yay, for I now use WordPress’s native galleries!

Back in May 29th I woke up fresh, well humoured, proceeded to have a shower and just afterwards, as I dried myself, in a matter of naught but a couple of seconds I thought an explosion had gone off in my head, the strongest headache I ever felt fired up and left me unable to do anything, having to wake up my family to take me to the big H, fearing the worse (stroke, or something worse entirely).

This post will have some gore imagery but it won’t be automatically displayed, you’ll have to click the images in order to view them. It was so traumatic to me that I need to do this as a sort of catharsis.

WARNING: it is long, and it’s mean, and VIEWER DISCRETION IS ADVISED.

END_OF_DOCUMENT_TOKEN_TO_BE_REPLACED

In my previous post, I wrote about how simple it was to create containers with systemd-nspawn.

But what if you wanted to expose to the outside network to a container? The rest of the world can’t add mymachines to /etc/nsswitch.conf and expect it to work, right?

And what if you were trying to reduce the installed dependencies in an operating system using systemd?

Firstly, this Fedora 25 host is a kvm guest so I added a new network interface for “service” were I created the bridge (yes, with nmcli, why not learn it as well on the way?)

Then, in container test, I configured a rule to use DHCP (and left in a modicum of a template for static addresses, no… that’s not my network) and replaced /etc/resolve.conf with a symlink to the file systemd-resolved manages:

Finally, I enabled and started networkd and resolved:

For this test I used Fedora 25. Your mileage might vary in other operating systems, some things may be the same, some may not be.

WARNING: you’ll need to disable selinux so to me this was merely an interesting experiment and it lead to increasing my knowledge, specially in relation to selinux + containers. Bad mix, no security, containers don’t contain, etc.

Many thanks to the nice people from #fedora and #selinux that graciously lent their time to help me when I was trying to use nspawn with selinux enabled. With their help, specially Grift from #selinux, we were actually able to run it, but only in a way I’m so uncomfortable with that I ultimately considered this experiment to  be a #fail as I’m definitely not going to use them like that any time soon: there’s still a lot of work to do in order to run containers with some security. I hope the Docker infatuation leads to an universal solution towards security + containers from the good engineers at Red Hat and others involved in that work.

But it certainly was a success in terms of contributing to more experience beyond a quickly expiring benefit of familiarity with OpenVZ.

Enough words, here’s how simply it was…

Firstly, let’s setup a template from which we’re going to copy to new instances. As I’m using Fedora 25, I used DNF’s capability to install under a directory:

You’ll only need the first three lines, though, the fourth was just a few more packaged I preferred to have in my template.

Secondly, you’ll probably like to do further customization in your template, so you’ll enter your container just like it was (well, is) an enhanced chroot:

Now we have a console, and the sky is the limit for what you can setup, like for instance defining a default pasword for root with passwd (but maybe you’ll not want to do this in a production environment).

I also ran dnf -y clean all before exiting the container in order to clean up unnecessary space wasted with package meta data that will be expired quickly.

When you’re done customizing, exit the container with ctrl + ]]] in about a second.

We’re now ready to create a test container and launch it in the background:

You’ll also have automagic name resolution from your host computer to the containers it runs if you change the hosts entry in /etc/nsswitch.conf placing mymachines between files and dns (or as you see fit if otherwise in your setup):

If you had enable ssh in your container, you’d be able to do ssh test from the host machine. Or access a web server you installed in it. Who knows.

As you saw, despite a lot of words trying to explain every step of the way, it’s excruciatingly simple.

The next article (Simple experiment with systemd-networkd and systemd-resolved) expands this example with a bridge in the host machine in order to allow your containers to talk directly with the external world.

Get me a wrist watch I can place my own OS in it! 🙂 Give me an LG Watch Urbane where I can install AsteroidOS, it looks slick and it even uses Wayland. 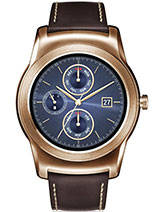 When did the great Richard Stallman start using slides? “Should we have more surveillance than the USSR?” is a highly recommendable talk!